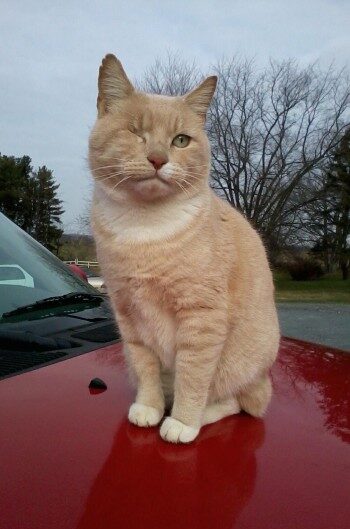 Tucker was found on the side of a very busy road by a young woman. She opened her car door and he jumped right in. Though she loved him very much, she couldn't keep him because her brother was allergic to cats. Though a series of forwarded emails, looking for a home for him, Tucker's photo ended up in Cathy's inbox. He had a severe injury and lost an eye. Cathy met with the family and explained the type of job he would have how he would be cared for. She also said that CTR would raise the money to have his injured eye taken care of and be neutered. In July 2010, Tucker became CTR's next official Farm Cat.